About the Bank Offices and ATMs Partners

On the results of the work of the banking system of Abkhazia: they went to "zero"

Already in 2021, all holders of bank cards of the Apra system can get the opportunity to make purchases on the Internet with their help. Now the citizens of Abkhazia are forced to purchase Russian bank cards for this purpose.

The head of the National Bank Beslan Baratelia told Sputnik about the 2020 year for the banking system of Abkhazia in the conditions of a pandemic, how the banks of the republic survived the financial crisis and whether mining is to blame for the shortage of cash in the country.

- What was 2020 like for the banking sector of Abkhazia, what difficulties had to be faced and how were they overcome in the conditions of the coronavirus pandemic?

The Abkhaz payment system APRA "World" began to be accepted in Turkey
- It would be strange to expect that everything has become good in the banking system of the country against the background of what is happening in the world and, in particular, in Abkhazia. Of course, the banking system has experienced all the difficulties of these negative processes. The banking sector is the first to react to everything that happens in the economy. If problems start, the banks feel it first of all, if a revival begins, too.
Of course, our commercial banks suffered the first blow when the problems related to the closure of borders and the expansion of restrictive measures began. Naturally, people began to actively withdraw money from their accounts, cash out the funds they had on their cards, which led to a decrease in liquidity.

Since Abkhazia is not an issuer of its own currency, against the background of the closure of the borders, Abkhazia began to experience a shortage of money inflow into the country. The most difficult months we had were from April to June. July - to a lesser extent. During these months, more money was spent in Abkhazia than was received. That is, there were no tourists, agricultural products were not exported, and exports were practically limited. It turns out that little money came to the country, and imports were sold in the same way as before. It was necessary to import food, medicines, consumer goods.

The National Bank of Abkhazia named the amount of card transactions for the first half of 2020
According to the results of seven months of 2020, the outflow of money amounted to almost two billion rubles. This is a very large sum for Abkhazia, which has affected not only banks, but also the entire economy of the country, as well as business. All the health measures that were carried out the previous year certainly helped Sberbank of Abkhazia to "survive" in this situation, and, in principle, the outflow of money did not affect its customers.

With the opening of the border, the picture began to improve significantly. That is, the influx of money led to the revival of the banking system, an increase in the turnover of funds, balances on customer accounts and the situation began to level out. If at the end of seven months the outflow of money amounted to almost two billion rubles, then for the remaining months of the year the inflow amounted to more than a billion rubles. In principle, the effect of closing the border by the end of the year will be overcome. Speaking by numbers, about two billion rubles have been exported and imported. We are closing this year with a zero balance.

From Sochi to Krasnoyarsk: how APRA World maps conquer Russian cities
- Were there any banks that closed during this period?

- Thank God, no. Each bank experienced difficulties depending on how it was prepared for such situations. The strongest banks, despite all these difficulties, nevertheless end the year with a profit. Maybe not the same as last year, but still. It will be possible to talk about the final figures only next year.

Weaker banks have experienced these difficulties even more, but overall we have a stable picture. I would also like to note that despite the pandemic and the closure of the border, the liquidity situation this year was much better than last year.

This year, the Savings Bank has not faced any problems of providing cash, paying pensions, salaries. That is, we had enough funds throughout the year to provide our clients, primarily pensioners and "wage earners" with cash.

Transfers from international cards to APRA have become available
- What effect did the suspension of credit programs have for the bank?

- Since each commercial bank has its own policy, I can only tell you about Sberbank's work in this direction. In the middle of last year, the National Bank recommended that Sberbank suspend all credit products. This was due to the fact that there was a shortage of liquidity. The bank always chooses between liquidity and profitability. On the one hand, it is necessary to increase liquidity in order to have money and ensure payments to its customers.On the other hand, it is necessary to expand the loan portfolio and lend money in order to earn more. In 2019, we decided that at this stage we need to create more conditions for the availability of liquidity and so that customers do not feel that the bank has problems with money. Therefore, the issuance of loans was suspended. The loan portfolio has significantly decreased. Liquidity has improved significantly, but profitability has fallen.

Since August of this year, the Savings Bank, having restored liquidity to the required volume, has continued its policy of lending to its customers. Sberbank has given them about 70 million rubles in the form of micro-loans - mainly "salary", "pension" and "consumer" loans, which are in demand among our citizens.

This year we have closed the term loans program. That is, we used to have a need for urgent loans when people wanted to get a loan on the day of application. In this regard, a service was provided with an increased interest for urgency - at 48% per annum. This year we did not raise this topic, because there were a lot of dissatisfied people with the loan rate, and now everyone receives standard loans as part of the priority. For five months of this year, I think Sberbank has provided up to 300-350 million rubles to its customers.

Deferred payment: Sberbank of Abkhazia introduced relief on some loans
- How does cryptocurrency mining activity affect the work of banks? Many attributed the shortage of money to this.

- In reality, of course, there is no direct connection, but we believe so, because we do not have accurate data, since mining is done illegally, and the resulting cryptocurrency is sold in rubles, which fall on Russian bank cards. This led to the fact that many citizens withdrew hundreds of thousands of rubles at a time from Sberbank ATMs. We didn't even have time to replenish ATMs at a time when there is not so much liquidity. By the way, we were then forced to suspend the service of VISA and MasterCard cards.

Also, the country's banking system, in particular, Sberbank, experienced difficulties related to power outages, as did all citizens of Abkhazia, since we set pension issuance schedules and calculate how many pensioners will need to be serviced in the bank and for how long. Frequent power outages led to the fact that our calculations were lost, there was an increase in people in queues. On the other hand, electricity costs have increased significantly. Therefore, crypto activity does not directly, but indirectly, affect the work of banks.

The geography of service of APRA “World” cards increased in 2020
- Has the situation in which pensioners can no longer receive payments at ATMs affected the banking sector?

- Not even in the banking sector, but in Sberbank. You know, we transferred all pensioners to Apra cards, and it was quite a costly project. The card itself costs about two euros – more than a hundred thousand cards have been issued. They also need to be updated after the deadline, some lose their cards. A tremendous amount of work has been done. We optimized the staffing table, but after we received an order to close the access of pension cards to ATMs, Sberbank was not ready for such a decision, and there were long queues at the cash desks in the bank's branches.

After that, it was decided to urgently deploy the infrastructure where pensioners are served. In the city of Sukhum, we have additionally opened branches on the Red Bridge and doubled the number of operators. All this together with the established schedule allowed us to avoid queues. There are fewer of them today than even when there were maps. At the same time, it should be noted that these are additional expenses for Sberbank, since the issuance of pensions does not bring him any income, and the costs have increased – for the purchase of office equipment, stationery, repair of premises, payment of salaries to employees.

- Is the introduction of new banking services in Abkhazia being considered in 2021?

Our main task, which we will actively work on, is to provide our entrepreneurs with a service that would allow them, being outside Abkhazia and using their cards, to pay for goods and services that are sold on websites.

The second direction that we want to actively develop is Internet acquiring. We are talking about the fact that Apra cardholders would be able to make purchases on the Internet. This service is very popular. Today, many citizens purchase Russian bank cards for these purposes. I think at the end of next year we will get some results in these two areas.

Published in Новости и Информация
back to top 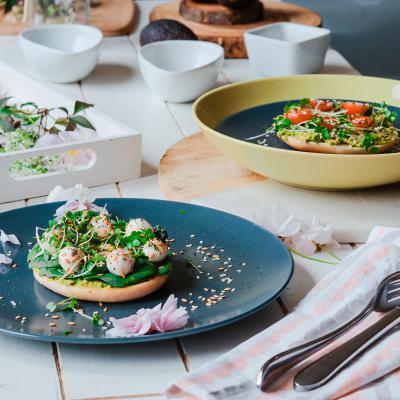 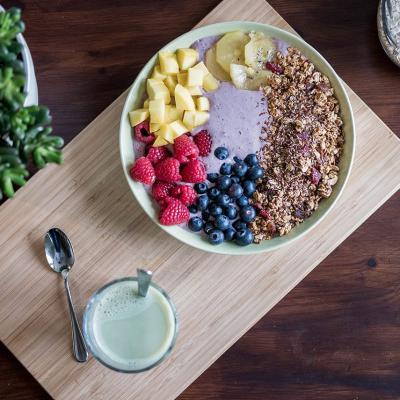 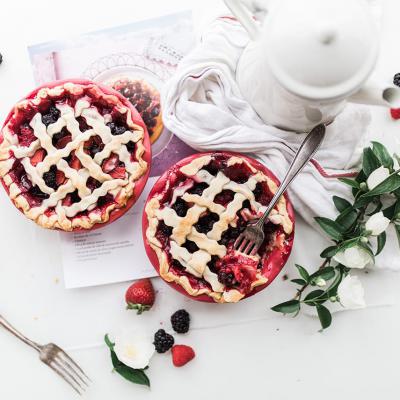 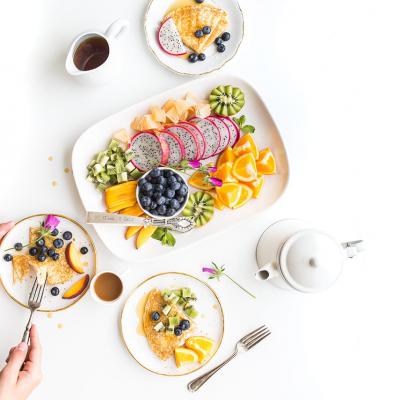 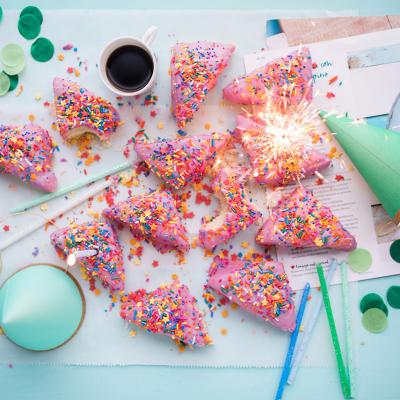 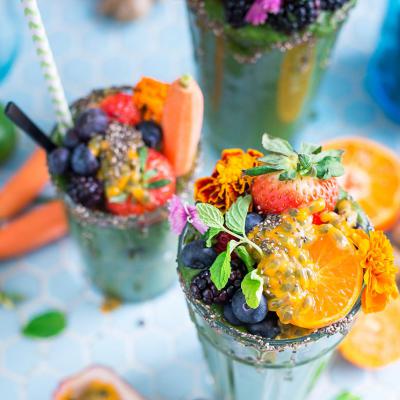